All About Solo Travelling

I haven’t posted in forever but I just had so much shit – wait, am I going to swear on this site? I mean, in my everyday language, I’m quite vulgar but is that socially acceptable? Whatever, fuck it! I’m giving you guys the real, honest me. I’m too tired to hide behind a made up persona anymore.

With that being said, as I was saying, I’ve just had so much shit going on. I’ve been in between jobs, travelling, event-planning, mapping out my career, breaking up with my boyfriend, getting used to talking to someone that isn’t my boyfriend, etc. Honestly, life has been tough and I’ve been kind of down lately but I want to keep consistent with the creativity in my life. Writing has always been such an amazing outlet for me and you know, even if no one reads these posts, maybe one day, it’ll help someone somewhere.

Now, I’m assuming you guys clicked this post because what the fuck? Gwurl, you really travelled by yourself? I mean… yea! I went to Miami and El Salvador all by my damn self and honestly, I had the fucking time of my life.

The first trip I went on was Miami and that was back in November. I knew my contract at work was going to end soon and I would have some downtime before starting work again. So, I said screw it and booked the best value trip to Miami on Expedia. I did ask some of my friends if they wanted to come with me but literally no one was available. I chose Miami because I had never been, I wanted to go somewhere tropical, and since I was going alone, I didn’t want to deal with the culture shock of going somewhere completely different from Canada. That said, I absolutely adored Miami. In my short four day trip, I was able to visit Little Havana, Ocean Dr., Collins Ave., Lincoln Mall, South Beach, etc. and I went paddle boarding, I smoked hookah, I tanned, I swam, I ate, and I shopped. All in all, it was amazing.

The second trip I went on was to El Salvador and although I did travel alone, I was staying with family and I was escorted everywhere I wanted to go. El Salvador’s a beautiful country and San Salvador honestly felt more advanced than Canada but that didn’t change the fact that it’s one of the most dangerous countries in the world. To be quite frank however, I truly enjoyed this trip more than any other trip I’ve ever been on. Maybe it’s the fact that I felt at home. All the people I met were so sweet, the food was amazing, the weather was perfect, and it was just such a good vibe all around. I went to a bunch of places but I think my favorite definitely had to have been the beach, El Tunco. I felt like I was witnessing a miracle when I saw the sunset on that beach.

Now, travelling alone can be scary. I mean you’re going to a whole ass different country where you know little to no one. Even if you do know people, they’re not on vacation with you; they still have to work or go to school so you feel somewhat lonely. What I did to avoid this lonely feeling was sign up for excursions using Viator. So instead of touring Little Havana by myself, I went with a tour group and met some really nice people. Once the tour was over and I had a better sense of the area, I was really able to just roam around and check the area out by myself.

Additionally, I spoke with the locals and made friends! You obviously need to be careful with who you speak with and not trust anyone but talk to your Uber driver, talk to your waiter, go on Tinder, chat up the worker at the store you’re shopping at. Honestly. What helped me is the fact that I speak Spanish so I was able to get discounts on basically all the food I ate and all the shisha I smoked. But of course, people only knew I spoke Spanish because I conversed with them! When it came to Tinder, I would match whoever and just ask them for tips on what to do around the city. Although the app is filled with creeps, there are also a bunch of really sweet people who will give you genuine advice.

Something that really helped me with travelling alone is the fact that I’m an only child and I’ve always been somewhat independent. I still ended up missing my friends and family but it felt good to get away and just be by myself. While in Miami, much to the paddle board shop worker’s surprise, I went paddle boarding by myself and it was just such a relaxing moment for me. I had set up all my stuff on the board and just chilled while the sun kissed my skin and I listened to my music. I even managed to snap a few shots which turned out really well.

Selfie Game On Point, Though

Speaking of photos, memories are important. It can be hella awkward constantly having to ask random people to take photos of you and even worse considering they don’t know your angles as well as let’s say, your bestie. So my tip there is to practice your angles while you’re by yourself so you’re always camera ready. Then, ask people that are carrying a camera themselves or ask people that look like millennials. Odds are, they probably know a thing or two about photography or social media and they’ll be willing to take more than one image. I also invested in a tripod and a bluetooth photo remote. I want to say that maybe 70% of my photos I took by myself and as awkward as it is to set up a tripod, who really gives a fuck? You won’t see any of the people staring at you ever again and your IG will be poppin’.

The biggest key to travelling alone is not letting fear get in the way. I mean, life is so short. Now, I can say I’ve been to two new places I had never been before and I can bring my friends back. If you sit around waiting for everyone to be free at the same time you are, you’ll never go. Remember that doing shit for yourself and just for yourself every once in a while is important. Trust me, book the damn flight! 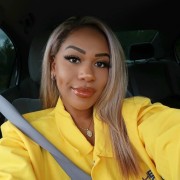